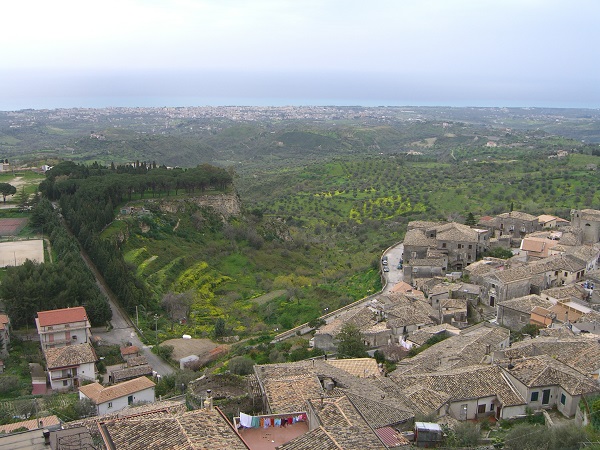 Immigration is important in understanding southern Italian culture, especially from the beginning and middle of the 19th Century. The period when millions left Italy due to political strife, high taxes, poor wages and landlords charging extortionate rents. I would like to share with you some immigration facts. Most of the people were farmers from the South of Italy. Farming was their life. Unfortunately, rich landowners took advantage of the workers forcing them to stay in cramped accommodation. Then disaster fell. A terrible disease destroyed many of the crops causing famine and as a result, many of the inhabitants were forced to leave Italy to look for a better life.

Immigration facts – moving to other countries

Immigration facts tell us that southern Italians moved to America, Canada, Australia and Great Britain. These were the countries that could give them a future. Others moved to the North of Italy. They thought that if they worked hard, some of them could return to southern Italy and buy their own land, which of course would improve in the future.

This was the dream of thousands and today we can see many plots of land all over southern Italy, owned by the farmers who made those sacrifices. Many of their sons and daughters live in luxurious villas with plenty of land. You can read more about the land here. Several though were over-worked and exploited so they came back to Italy with nothing and eventually found work in their homeland. Many never ever returned from abroad.

Today there are still some of these abandoned villages, however, you will find many of them full of life. About 3000 people live in the small mountain villages. There are larger towns along the coastlines with more than 20000 inhabitants. The mayors are trying to re-populate the villages by introducing a property price of 1 euro.

The price is attractive but by the time you finish renovating it, you will have paid at least 20,000 euro. It is still a good price to own a property in Italy. Many of the local people, especially young people do not want to live in ghostly towns nor pay for the renovation work so the mayors are trying to promote them to foreigners who love Italy and would like a second home and in this way, the village gets more people.

This has worked very well in some towns. Many foreigners have renovated the properties and given life to the villages. They now attract many visitors. The local people who have lived there for years are now happy to see souls wandering around.

The mayors are proud and happy to have saved the villages. Other villages in Calabria and Sicily are now doing the same thing. Immigration facts tell us that besides a few ghostly villages, most villages have re-populated also thanks to the southern Italian migrants who have returned home.

Southern Italy in July and August

When you come in July and August, you will see a different Calabria. The atmosphere is incredible. The towns treble as migrants return to see their families bringing with them their friends and family from abroad. Most of the major festivals take place during this period including religious ones. It is like one big party across southern Italy, especially in August.

Beaches are crowded. Everyone stays outdoors even to all hours of the morning eating and drinking. Prices tend to be higher in July and August. Then at the end of the month people return to their homes abroad and back to the North of italy leaving families and their beloved villages behind.

It is like the whole of Calabria goes into mourning. Streets become deserted and people stay at home. This only happens in small remote villages. Life still goes on along the coastline. After a few weeks of mourning, life starts again for everyone as they get ready for the festive season. They know their loved ones will return.

Italy has certainly changed so much over the centuries. Crops are thriving and once again, those valuable citrus fruits, olive oil and wines are exported to the North of Italy and around the world, not to mention all the food products. Italy is very much a developed country.

Calabria, although less developed than other regions is catching up. Some villages are no longer cut off from other towns. Upgraded roads and modern transport make it possible for everyone to visit Calabria. Now it is possible to see the incredible treasures in Calabria that had been forgotten for such a long time.

If you have been to this part of Italy, you can understand how difficult it was for many of the Italians to have left such a wonderful country. We can also comprehend why they kept their traditions and customs alive in other countries. We visit Italy also for this so we can learn more about their customs which tends to fascinate everyone. Sometimes, we do not even need to visit Italy as we can see this in our own countries.

Italian communities all over the world

There are still huge Italian communities all over the world. I also grew up in an area where there were many Italians. The lady who looked after me for a certain period of time was an Italian immigrant from the South, my best friends’ parents were from Sicily and my Sicilian husband was working in Scotland when I met him.

I was destined to live in southern Italy. I grew up spending most of my time with southern Italian people. Most of us have been to Naples and Sicily but what about Calabria?. This region was hardly promoted in the past, but today it is a different story. It is only going to get better. I have seen this for myself.

More and more people are curious about this part of Italy, I was. Perhaps they were put off by crime stories. There is no need to worry here when you are on holiday. If you got involved in perhaps drug trafficking, then that is another story. Something we are definitely not going to do. Those who take the plunge will not be disappointed.

Calabrians like when you look around their towns. Some may look at you strangely, thinking what on earth are you doing here. Most people like when you take interest in their customs and traditions. They will even take you around their local area. If you do not get that chance, don’t worry there are many guided tours available here. Travel agencies run tours mostly in July and August. Our tours operate all year round in most languages.

Many people want to practise their English. Look out for Australian and American Italians! They can’t wait to spend time with you. I suppose they are also nostalgic of these countries that gave them a future.

Nowadays, it is the young people who are moving abroad. This time they are going to London to learn English. Immigration facts tell us that in 2008 millions of young people left for London. Several International Companies have set up business in southern Italy and are keen to take on English speakers.

Competition is fierce though and these Companies only recruit those with a level equivalent to a native. The young people have chosen London as it is closer to Italy and with all the low cost flights, they can visit Italy and their families regularly.

Now with Brexit approaching, they are starting to choose Dublin and Germany. The young people today are lucky as they can visit their families often. In comparison with the old generation, they were forced to travel on ships for up to a month in poor conditions as seen in the Godfather films.

Some of them could never return to Italy. Read more immigration facts here. Today you can reach London from Lamezia airport in Calabria in about 3 hours and 2 hours from other parts of Italy. Some flights from New York go direct to Naples and Palermo in 5 hours.

The lockdown in Italy

Unfortunately, disaster has hit again. They were all enjoying life until the prime minister Conte announced the lockdown in March 2020 due to the pandemic. About 35,000 people died from covid, mainly the elderly. Many southern Italians living in the North of Italy were forced to return to the South after the lockdown. This has had a terrible impact on the economy, especially tourism. Many Calabrians lost their jobs in the North of Italy and had to return to the South of Italy.

In fact, I have never seen villages so populated. I have also noticed that the beaches were even more crowded than previous years. More and more people are also returning to their villages thanks to technology. Some lucky ones can work from home and still keep in contact with their Company. Of course, this depends on their job and employer.

Now people from abroad want to learn more about southern Italian culture. They do not want to only visit the most popular tourist resorts, but also remote places. They want the real Italy and Calabria is exactly that. Wonderful vineyards and farmland created by those hard-working farmers. It is not just farmland. Almost every household who owns a garden grows crops.

We are used to seeing flowers in our gardens, but here you will see many citrus trees, olive, fig, tomato plants and many other vegetables grown in the gardens. There are a few flowers, but the garden is predominantly used for growing fruit and vegetables. Everything grows so well here.

A lot of the Calabrian people are not really open to change and perhaps that’s what tourists want to see. The old Italy. You will see plenty of that in Calabria and Sicily. You will also be able to see some of these ghostly towns and understand why they have been abandoned.

Italy cannot wait until all visitors can come again and show their photos to the world, encouraging more and more people to visit the country, including Calabria. Do you have any relatives or ancestors from the South of Italy? Please share your stories with us. You can also read this book on Enrica’s story, daughter of Italian immigrants in the South.