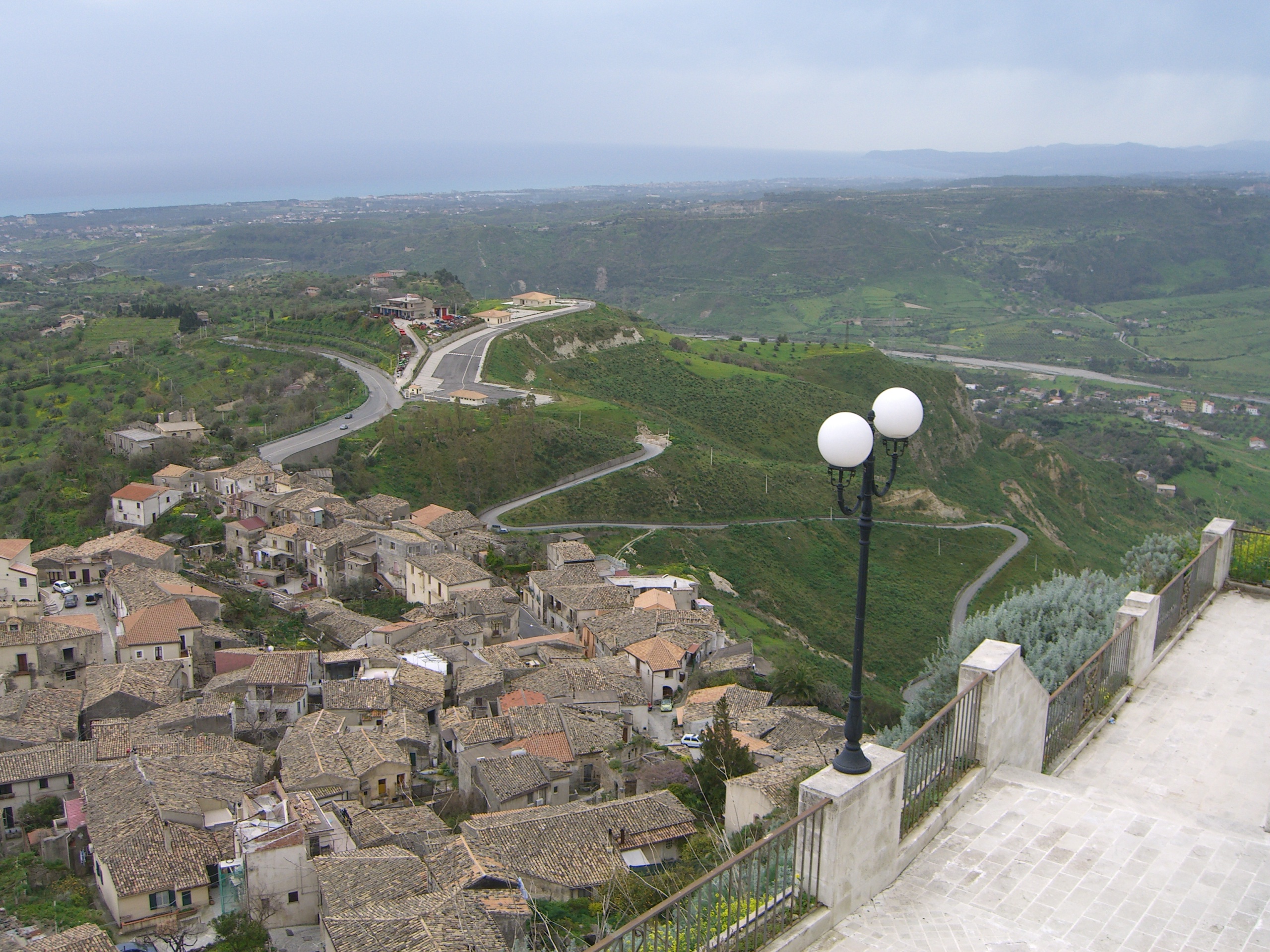 There are many medieval villages in Calabria. Among these is the gem of Calabria, Gerace. Some of these villages are ghostly, but Gerace is very much the opposite. There is plenty of life in this village, especially July and August. It attracts many visitors from around the world all year round.

The history of Gerace

Gerace sits on a rock 500 metres above sea level. The medieval village stands on a hill formed of conglomerates of sea fossils from 60 million years ago. The name derives from the Greek Sparrow hawk. According to legend, the inhabitants of the coast were led by a sparrow hawk to the mountains following a Saracen attack.

It was here they founded their city. It was then later the site of a Roman military garrison. After the Byzantine reconquest of Italy (6th century) the town became an administrative, military and religious capital up until the Norman conquest in 1059. Read more about the history here.

The medieval village of Gerace

Gerace is a charming medieval town full of character. It was once home to 128 churches but now very few exist.

It is worth visiting the Norman cathedral with its nave and two aisles each divided by 13 columns. It was once the prison of the 5 martyrs of Gerace. The church of San Francesco contains a precious Baroque altar dating back to the 13th century.

Time has stood still in this village

It is like time has stood still in this medieval village. There are many narrow cobbled streets and alleys for the visitor to explore with some shops displaying typical Calabrian ceramic pottery.

Just off the main square, you will see an arch leading you to a spectacular viewpoint allowing you to see the whole coast from Locri to Caulonia. It is like stepping back in time when you walk through the arch and onto this panoramic terrace.

The views are breathtaking. It was also amazingly quiet standing there. As I was so high up, it was almost like being up in the sky and I could only hear the birds chirping.

You almost feel like no one lives in this town and yet there are about 3000 people. When you come back through the arch, there is a pretty square with a nice bar which serves the most delicious ice cream.

All visitors congregate here to enjoy the atmosphere at this pavement cafè. Sitting outside eating ice cream or drinking coffee and watching the world go by. I enjoyed sitting there.

The problem was I did not want to get up. It is a place where you should never worry about the time. This word does not exist here.

The artists festival in the village of Gerace

This is Gerace’s largest summer festival usually in August when visitors come from all over the world to enjoy this eagerly-awaited yearly event.

Concerts and shows are set up everywhere and talented street performers are ready to entertain the huge crowds who have been waiting to be transferred onto the red tourist train and transported up to the hill top town of Gerace.

It is not easy to park during this period and drivers are instructed to leave their cars outside the town and join the others on the red tourist train. Crowds cheer as they get to the entrance of the town.

Everyone is merry on this occasion as wine is flowing fast and at a very cheap price, the whole atmosphere of the town is joyous.

Eating with the locals

You see people singing, dancing and queueing at the many dining venues, which for this event, prepare local specialities such as Calabrian sausage, pasta and other delicacies.

The food is unbelievably cheap. No more than 5 euro and 50 cents for a glass of wine. I liked the fact that you could not choose where you wanted to sit, but ended up at long wooden tables with paper tablecloths sitting with strangers who very quickly became your friends.

They make the evening with their singing and chatting and more chatter as the wine is being consumed. The Calabrians are very friendly people and make you feel so welcome. They are proud that you have come to visit their land.

Many of them are just on holiday themselves as they live and work abroad and have come to visit their homeland and families.

Some of them return to Calabria after many years and some only come during the summer. You meet so many different people at those festivals. The young, the elderly and from all walks of life. Read about other medieval villages in Calabria here.